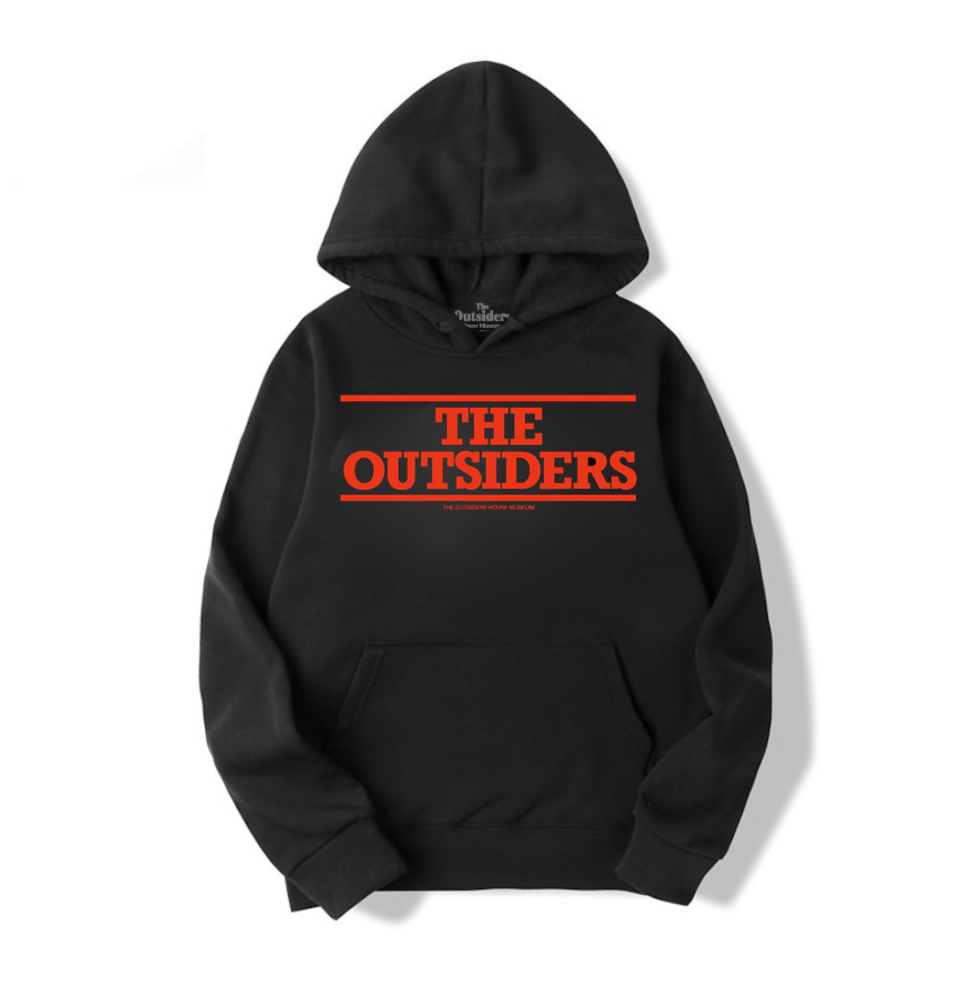 Black Pullover Hoodie with Red Print. GREASERS on the back.

*NOTE!
THESE FIT TRUE TO SIZE SO IF YOU'RE LIKE ME AND LIKE MORE ROOM I SUGGEST YOU ORDER A SIZE UP FROM YOUR NORMAL SIZE.
-Danny Boy O'Connor

This is a remake of the GREASER t's made for the greaser cast and the extras who played a greaser in Francis Ford Coppola's The Outsiders. Filmed in Tulsa, Oklahoma, in 1982, Francis wanted to ensure that the cast built up a healthy rivalry between the greasers and the Soc's so he had them competing against one another while on and off the set so that by the time they filmed the rumble scene they would have a genuine disdain for one another. These are a replica of those t's as a sweatshirt with the addition of The Outsiders House Museum text added.

We're only remaking a couple of dozen for now as not to bastardize the originals.